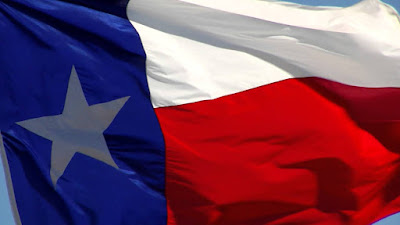 
On March 2, we celebrate the birthday (rhetorically) of the greatest place on Earth: Texas.

I first began my lifelong passion with Texas history as a child, listening to Henry Guerra's legendary radio broadcast, "13 Days of the Alamo" on WOAI radio. Fortunately, they can all be heard via YouTube today. Here's the March 2 broadcast.

As I began my professional career, I began writing a yearly email every March 2 to remind my coworkers and friends about Texas Independence Day. Eventually, as I was deployed to Iraq, I turned this into a 4-part blog, starting with the early history of Texas and moving to the revolution itself.

Part IV: Revolution and Epilogue The Alamo and San Jacinto

Posted by James Aalan Bernsen at 8:18 AM No comments: